Home Dinner The Pros and Cons of Going Corporate 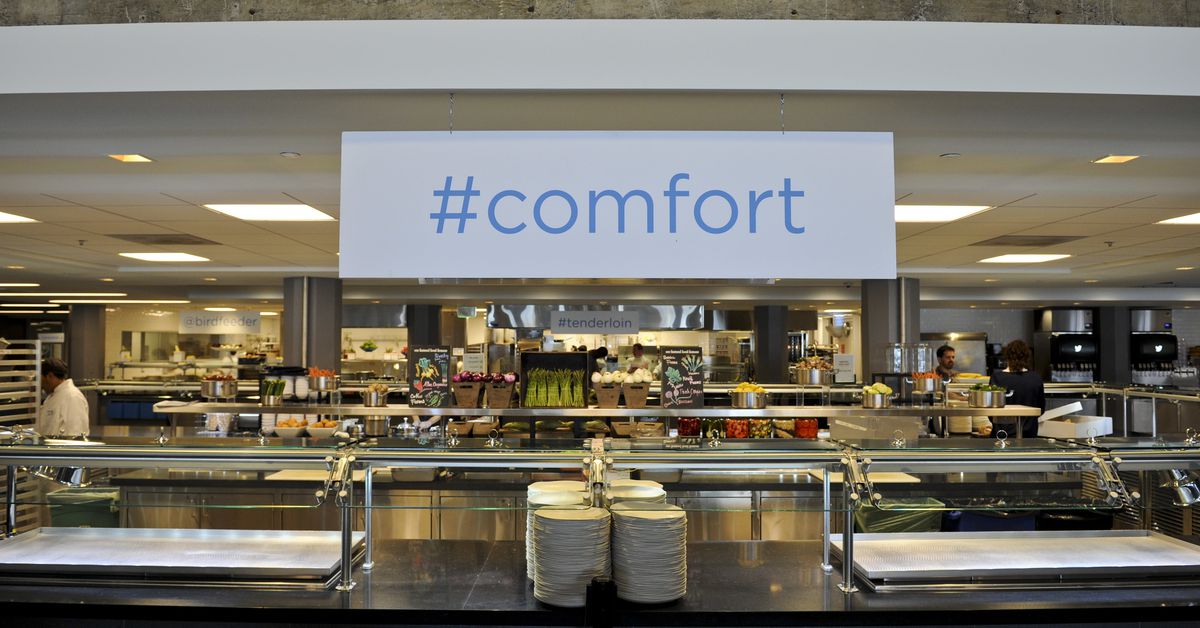 At age 29, Dani Dillon already oversees nine kitchens on three coasts — Lake Michigan being the third — plus London. As head of food and beverage at the Wing, a chain of coworking spaces for women, she spends her days ricocheting from meeting to meeting with food and equipment suppliers, kitchen directors, architects, and chef collaborators. Or head-down in one of the kitchens, training staff and designing menus. Or mired in columns of sales data, combing through the numbers to tease out long-term strategy.

Dillon is a chef and not a chef, a cook who found bigger success outside restaurants. Like many cooks who make the same shift, she has no plans to go back.

Cooking on the line is easiest on young bodies, and cooks often hit a point — even a crisis — where they’re confronted with the question: Is it time to move on to something else? What does it mean to cook long-term given the demands, the hours, and the pay within the restaurant industry? How do you feed friendships, let alone your children? What happens when the incessant stress of restaurant kitchens stops being an endorphin blast and instead siphons off your health?

Some walk away. Others move into corporate kitchens. And yet, from the perspective of a station on the hot line, that option can seem like an end point, too. As Bill Corbett, former executive pastry chef at the Absinthe Restaurant Group in San Francisco, says, “When I was coming up, the corporate job was where chefs went to die.” Now he’s executive chef and head of global culinary at Salesforce, overseeing executive meals and events in San Francisco, New York, and London.

“In corporate kitchens, the bar has been raised over the last 15 to 20 years,” says Anna McGorman, director of culinary operations at Milk Bar. “What was acceptable to serve at a hospital or nursing home — you could get away with crimes that you can’t nowadays. Everywhere we can invest in food and people generally raises the bar for everybody.”

For Dillon, who lives and primarily works in New York, taking the Wing job wasn’t about settling for stability. “I do think it’s important for young cooks to understand they can have a real impact on the shape that these corporate kitchens take,” she says. “That’s a powerful thing that nobody told me you could do.”

Dillon entered the restaurant industry through a well-trod detour: picking up a few prep shifts at Alex Raij’s New York restaurant La Vara while she hunted for a position that matched her new bachelor’s degree. What she found instead, after five years, was a sous-chef spot in Raij’s acclaimed restaurant family (Txikito, El Quinto Pino, La Vara), working more and more on the operations side, and then a position overseeing the food at a small cafe chain called Irving Farm. Then the Wing found her, and with it, a sense of mission.

“I started working in kitchens at 14, almost always as the only woman,” Dillon says. “Sexual harassment was the norm. In those kitchens, my gender was always viewed as the thing that got in my way. At the Wing, it’s important that our kitchen culture is community driven, support focused, an extension of our core values. A place where women can do the job.” Women run the kitchens at each location, supply key ingredients, and stop by the Wing’s cafes day after day for meals.

Dillon and Corbett say they stay connected to the restaurant world by inviting well-known chefs to collaborate on events. They increasingly have a public presence, aided by social media, and can contribute to the community by hosting or cooking for fundraisers. Working in a corporate setting has brought them a better work-life balance, sure, but also a less transactional relationship to the people they feed. Yet they don’t downplay the cost of leaving higher-profile restaurant jobs.

Eater talked to culinary school counselors, hiring managers, and cooks about making the decision to leave restaurants for a business or institution. What’s at stake when you make the jump? What opportunities can you find? Can you go back? Below, some of the key points they say cooks should consider.

Answers have been condensed and edited for clarity.

Figure out which path offers the most advancement

“If you take a corporate job, you can always leave, but it really is a matter of weighing pros and the cons. The hours are better in the sense that you’re not working holidays, your weekends tend to be off or you get at least one day off, and there are more opportunities for growth because these corporations are big. If you’re working in a restaurant, they may have the prestige, if they’re really good, and you can work there for a while. But what are my opportunities to move up? Is the executive chef leaving? Do I want that position? Or do I have to leave to go to another restaurant? The pros are that the executive chef is right there, you can shadow him or her. You can show what you’re made of and hopefully he or she will promote you. Corporate hiring may be more standardized.” — Sharon Clennon, assistant director of experiential education and career services, Johnson & Wales Charlotte, North Carolina, campus

Don’t cut your time in restaurants too short

“If you cut your teeth in restaurants, it makes you a more flexible cook who can react and pivot quickly. And I think it’s super important to have that drive. Most people should start out in restaurants. I think they’re going to learn a ton more, they’ll learn to do things day in and day out and become experts in their skills. In a lot of corporate dining environments, we’re doing a different event each day, you have to be a jack of all trades. You can’t do that if you don’t have a basis in good techniques.” — Bill Corbett, former executive pastry chef at Absinthe Restaurant Group, current executive chef and head of global culinary, Salesforce, San Francisco

“If you’re at that stage where you’re done with school and want to pursue the food industry, there are obviously a lot of options, but I’d say pick the one you feel the most intimidated by. Try to stretch yourself.” — Breanne Delgado, former pastry sous chef at Rouge Tomate and executive pastry chef at Facebook NY; co-founder of the Women’s March and Stir the Nation

“There’s no glory in corporate cooking. The press is very minimal, because a lot of people don’t want to write about food that the outside public doesn’t have access to. You’ve got to be ready to drop the ego at the door.” — Bill Corbett

At the same time, starting or working in a corporate kitchen doesn’t make you toxic to restaurants and bakeries

“Over the last five years I’ve been able to run my own pastry kitchens and own the hiring process: I’ve hired a tattoo shop manager, a school bus dispatcher, people who are coming from nursing homes and hospitals. What we’re really looking for is passion, someone with attention to detail. Because restaurants are doing more with less, because staffing is always short, rent is always crazy, the costs are always rising, people need to be very conscientious with their hiring choices. A lot of quality candidates and great culinary professionals are being born in more unlikely places.” — Anna McGorman, director of culinary operations, Milk Bar

“I feel like there’s an opportunity in corporate cooking because it’s a little different. The pressures are different. There is room for young cooks to become themselves a little more, get more recognition than you’d get in a traditional restaurant. … Even if you’re working for great chefs, you’re still anonymous. You’re a line cook clocking in. At the Wing, the individual is more valued. The entire staff comes together to pitch different dishes and drinks, and when we run one we’ll highlight the creator’s photo and name.” — Dani Dillon, culinary and beverage director, the Wing

“I think there’s a ton of support within our company. We don’t have an HR department at Salesforce, we have Employee Success, which offers a ton of tools to guide us as leaders. My growth as a chef and my ability to lead and take on big projects has grown. There’s a support structure that is hard to find at restaurants.” — Bill Corbett

If you take a corporate job, go in with a plan

“It’s fine if you need to take a break from the chaos of the restaurant industry. Maybe you need an easier moment. But if you’re using a job in a corporate kitchen as a stepping stone for going out on your own or doing something more ambitious, it’s really important to make a plan for that, because it is easy to get comfortable in that environment. Just make a plan of your goals, and then it’s okay if you take different paths to get there. Everybody’s journey is different. Don’t get stagnant, whatever environment you’re in.” — Breanne Delgado

Jonathan Kauffman is a James Beard award-winning writer based in Portland, Oregon, and the author of 2018’s Hippie Food: How Back-to-the-Landers, Longhairs and Revolutionaries Changed the Way We Eat.