Home Dinner How to Watch ‘No Passport Required,’ Season 2 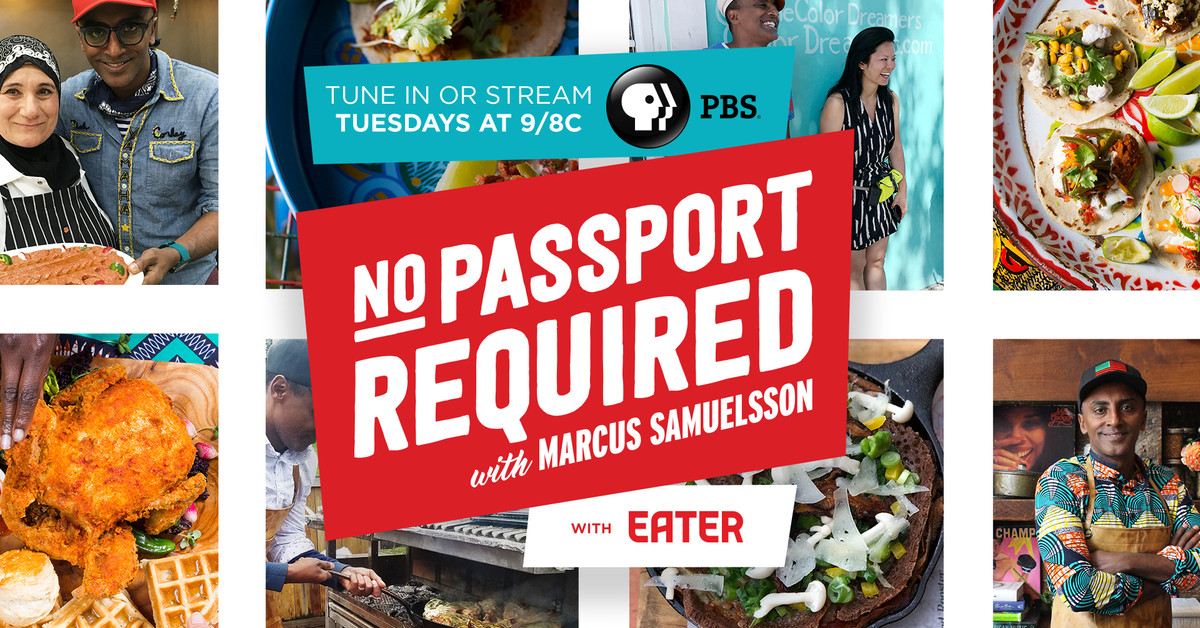 No Passport Required, the show from Eater and PBS, and celebrates the wide-ranging diversity of immigrant traditions and cuisine woven into American food and culture. In each of the new season’s six episodes, chef and host Marcus Samuelsson headed to a different American city to learn more about how a particular community has influenced the area it now calls home. The first season premiered on Tuesday, July 10; all episodes can be streamed here.

How to watch No Passport Required

The first season aired on PBS every Tuesday from July 10 through August 14. Season 2 will air Mondays at 9/8C on PBS. The next episode is “Los Angeles,” on Monday, January 20. (Check local listings.)

Stream full episodes online through PBS’s streaming platform on PBS or on Eater.

On social: Tag @eater, @pbs, and #nopassrequiredpbs if you share clips, pictures, or quotes from the show. Head to PBS to learn more about the show, find character bios, and get recipes to cook at home.

No Passport Required is produced for PBS by Eater and Vox Media Studios, part of Vox Media. Check local listings, or get more information on the show at pbs.org/nopassrequired.