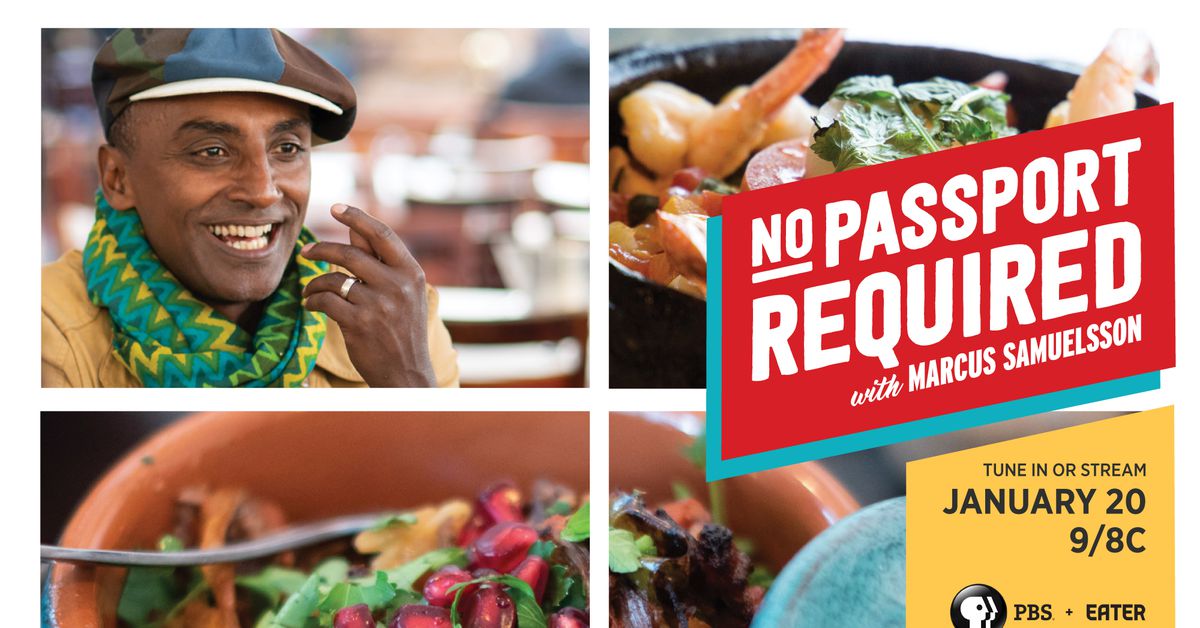 The second season of No Passport Required, produced by Eater and Vox Media Studios for PBS, premieres on Monday, January 20, 2020. The series celebrate the wide-ranging diversity of immigrant traditions and cuisine woven into American food and culture. In each of six episodes, chef and host Marcus Samuelsson heads to a different American city to learn more about how a particular community has influenced the area it now calls home.

The series travels weekly, first to Seattle, where Samuelsson meets the immigrant and second-generation Filipinos who are taking charge of their city’s food scene and then to Los Angeles, where the largest Armenian community outside of the homeland resides. That episode is followed by Houston, home to one of the highest numbers of West African expatriates of any U.S. city and Philadelphia, where Italian Americans have thrived for generations. Other episodes focus on the Chinese American community in Las Vegas, which has grown tremendously over the last 20 years, and Boston, where Marcus explores Portuguese-speaking cultures and cuisines from three different locales: Brazil, Cape Verde and Portugal.

Full episodes from Season 1 are also available to stream now.

No Passport Required is produced for PBS by Eater and Vox Media Studios, part of Vox Media. Stream full episodes on Eater or PBS, or check local listings. Get more information on the show at pbs.org/nopassrequired.